Build it, They Will Come 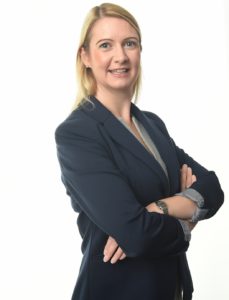 Emma Swan, Head of Commercial Employment Law at Forbes Solicitors, looks at the challenges faced by the industry of managing employees and staffing costs during the COVID-19 outbreak.
The hospitality and events sector was one of the first to suffer the financial impact of coronavirus as events in the planning for months were cancelled immediately. UK-inbound travel was affected, leading to a drop in visitor numbers and tourism spend.
Large gatherings were banned followed by initial government advice for the public to avoid restaurants, bars and pubs, and then a decision by the prime minister days later to temporarily shut venues, leaving event companies, venues and suppliers in turmoil.
With the industry facing an unpredictable period of low and no income, two key things happened. One aspect of the crisis has seen restaurants innovate and diversify by creating delivery options, while another has seen venue management and event companies immediately look to reduce staffing costs in the hope of staying in business, but with no timescale of what they face, it is difficult to know the best decision to take to secure their long-term future.
This has led to some unfortunate instances such as a hotel in Scotland sacking some of the staff. The hotel informed employees by letter that their employment had been terminated and for those who had accommodation at the hotel, they would have to vacate immediately. The hotel later explained that an ‘administrative error’ had led to the letter being sent to staff. Businesses should really avoid this ‘sacking first’ mentality. One of the key reasons for this is because things are changing so quickly.
Fast Changing Situation
Although this is a tough and worrying situation for business owners, these are also unprecedented times. The situation is changing daily and the government is acting in line with this. One of the first government responses was to help companies by covering the costs of statutory sick pay for up to 14 days for employees who self-isolate. Since then, the government has introduced its Job Retention Scheme, where it will pay up to 80% of employee wages, capped at £2,500 per month per worker in a furlough situation, where the staff are given leave and required to do no work for a period of three months. The self-employed have also been helped with a taxable grant worth 80% of a company’s trading profits up to a maximum of £2,500.
Companies are advised to scenario plan and to consider different contingencies for staffing, but not to rush into making redundancies. The government wants to protect the economy as far as possible and will continue to take measures that support employment and keep providing people with wages. Businesses will be better placed to look at how they can afford to retain staff as the market recovers and we have a flurry of events later in the year to catch up with the break.
Changing Employment Terms
Employees of course retain their rights to reject changes to their employment contracts and would have grounds to say no to furlough, different working hours, a salary cut and unpaid leave. However, it’s highly likely if coronavirus has caused a loss of revenue, which makes it diffi cult to justify employment, a company has the right to make workers redundant, so the options are much better than we thought. If companies clearly explain the situation to staff and how changes will help to protect jobs, it is more likely they’ll fi nd support among staff to accept new terms of employment.
The hotel received a lot of negative media coverage when it sacked its workers by letter. This may make it diffi cult to recruit staff from the local area in the future. Similarly, how it treated staff angered consumers on social media, with some instances of people looking to boycott the hotel and other venues in the hotel group’s chain.
A Last Resort
If it becomes unfeasible to keep staff and job losses are inevitable, employers have a duty to explain changing circumstances to employees. Workers need to be clear about why they’ve been furloughed, made redundant or relieved of their duties. At this time, businesses are advised to communicate changes verbally in the first instance. This can be done via phone or video conferencing to respect social distancing and isolation and helps to humanise a difficult message. The communication should then be followed-up with written confirmation. Both methods can reference the steps the company has taken to try and avoid job losses, which will often resonate better with employees and the public.
These are undoubtedly tough times for the sector and it’s understandable to immediately look to cut costs. When doing this, events companies should remember to uphold the ‘people-first’ ethos that delivers outstanding guest experience and satisfaction and apply that to how they address staffing. This could go a long way to helping businesses survive and then recover when the good times do return.