Fighting For Our Events Industry

With many major cities, picturesque villages and towns there is a wealth of choice in the West Midlands for event organisers. Each location offers its own unique culture and heritage, with many marvellous venues and attractions to entertain your guests.
The region is well known across the industry, evidenced by the recent British Meetings & Events Industry Survey 2020, which ranked Birmingham as the most popular location for business tourism events outside London. Coventry also appeared in the top 10 favourite conference destinations and Stratford-upon-Avon and Wolverhampton featured in the top 50.
The region’s unrivalled connectivity has aided its impressive performance. Whether by road, rail or air, the West Midlands’ transport network links the region to more than 400 million people across Europe. Over half of the UK population lies within two hours and 90% within a four-hour travel time.
Furthermore, despite a challenging climate in 2020, the region’s exciting mix of culture and heritage is still central to its conferences and events offer. Whether it’s the Black Country Living Museum whisking your guests back to the world’s first industrial landscape or a slice of culinary magic at one of the region’s 10 Michelin-starred restaurants, the West Midlands offers event organisers a unique experience.

Bouncing Back
Like many other areas in the UK, the coronavirus pandemic has created new challenges for the West Midlands’ economy. However, the West Midlands Combined Authority (WMCA) has been working hard to ensure the region recovers as quickly as possible, recently putting together a three-year £3.2 billion blueprint to kick-start the region’s economy through infrastructure, skills and housing schemes. The organisation has already secured £66 million to deliver a number of ‘shovel ready’ projects.
Moreover, the region continues to plough on with big infrastructure and development proposals, which will enhance the region’s landscape. The projects include: 3.2 million sq ft of mixed-use land at Friargate Coventry; the £175 million Wolverhampton Interchange, and Wolverhampton i9; Birmingham Curzon Street Station; and the £1.6 billion development of the new HS2 Interchange Station in Solihull.
Stephanie Mynett, Visitor Economy Business Development Manager at the West Midlands Growth Company,  which operates the region’s Convention Bureau, said: “The West Midlands is the beating heart of the UK with unrivalled transport links and a rich heritage that guests can explore through our venues and attractions.
“The 2022 Commonwealth Games is just one of the opportunities putting the region in a great place to bounce back from the economic impact of COVID-19.” 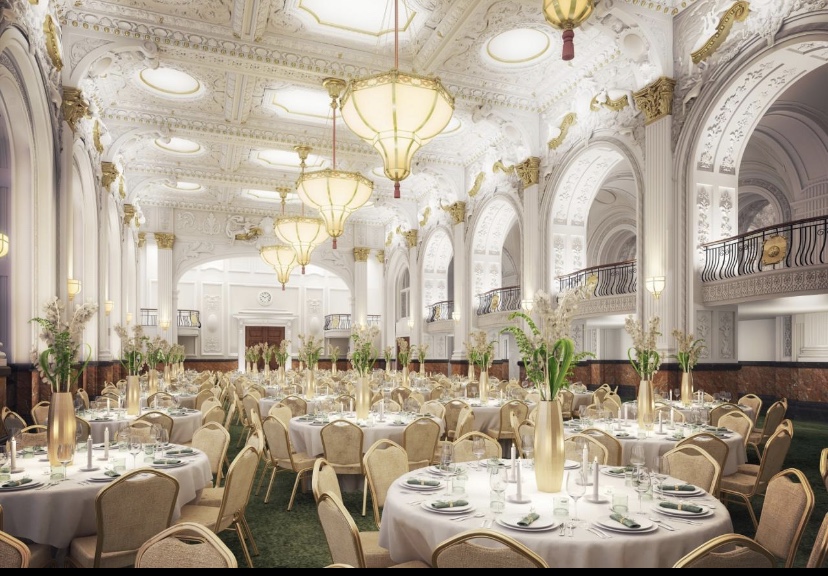 A Grand New Opening
The West Midlands’ new openings and redevelopments will further boost the region’s reputation as a conferencing and events powerhouse, with new hotels and events spaces adding even more versatility to an already eclectic line-up of venues and attractions.
In January 2020, the 224-bedroom Moxy Hotel opened its doors to visitors in Solihull. The eight-storey accommodation is an affordable boutique hotel conveniently located on the campus of the NEC, the UK’s number one venue for exhibitions, meetings and events.
In Birmingham, alongside the city’s famous waterways, the Grade II listed Roundhouse is undergoing a £3.6 million makeover offering new and improved meeting space inside a historic building. The venue is scheduled to open by the end of 2020.
Birmingham’s new Grand Hotel will open later in the year after a multi-million-pound investment. The 185-room hotel boasts a mix of original art deco and Victorian luxury alongside a 350-guest capacity ballroom perfect for meetings, parties and banquets.
The city is also home to the new purpose-built conference venue, The Eastside Rooms, which will feature the largest pillar-free space in central Birmingham and is capable of holding up to 1,200 delegates. 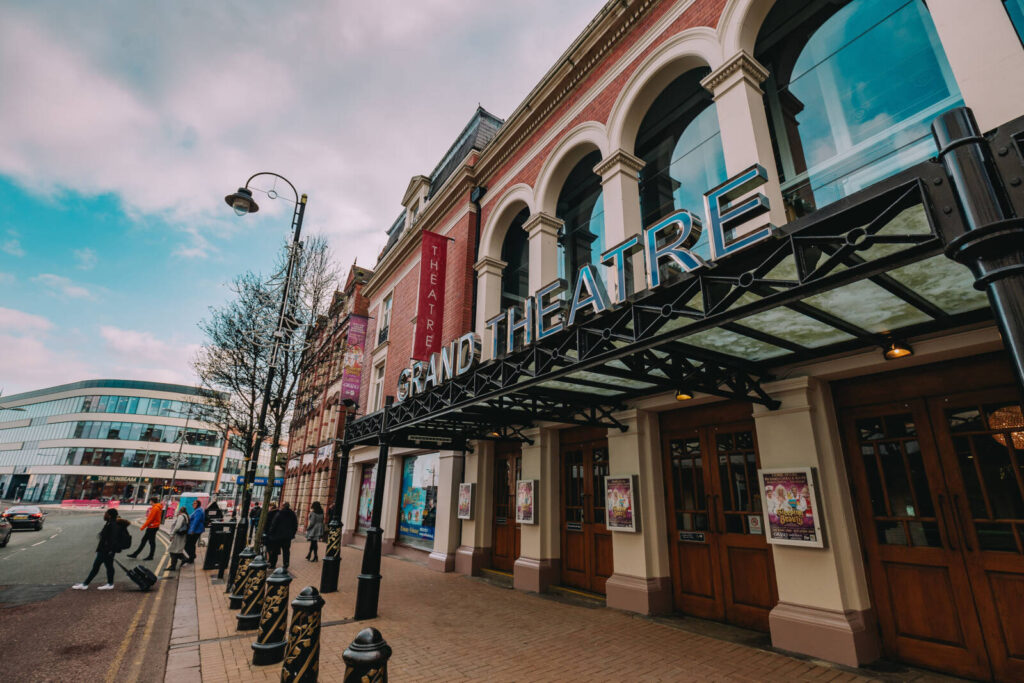 The Consistent Choice
From fresh new openings to well-established venues that have served the business tourism industry for years, the West Midlands has plenty of variety. Opened in 1894, the Grade II listed Wolverhampton Grand Theatre boasts an auditorium seating almost 1,200 across three tiers. A new 200-seat performance space known as The Green Room is set to be developed next door.
In the centre of Birmingham, the International Convention Centre celebrates its 30th birthday in 2021. The venue offers event organisers 10 different conference halls and executive rooms; the largest hall can accommodate up to 3,000 guests.
Furthermore, the region’s historic universities offer extensive meeting space. Warwick Conferences delivers a full package of meeting, accommodation and dining rooms with a capacity of up to 2,010 guests for meetings; 2,037 guests for accommodation; and 1,365 guests for dining.
Alternatively, enjoy the roof garden at thestudio Birmingham, which has 19 rooms spread across four floors totalling 30,000 sq ft of meeting space. 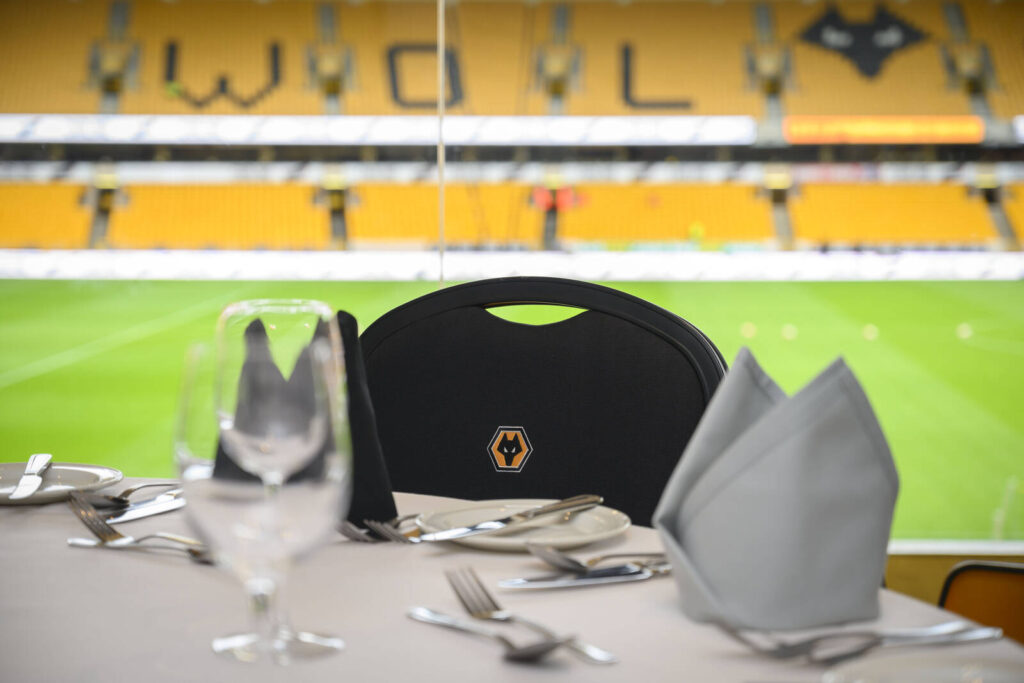 A Sporting Triumph
The global spotlight will be on the West Midlands when the Birmingham 2022 Commonwealth Games comes to town, promising to transform the area’s reputation for generations.
Edgbaston Stadium, which became a food sorting and distribution centre during the lockdown period, has now reopened its doors for meetings and events. The venue can host up to 800 in its Exhibition Hall. Other meeting rooms include the 1882 Suite and the Chairman’s Lounge.
The region is also now home to three Premier League sides in Wolverhampton Wanderers, West Bromwich Albion and Aston Villa. Wolves’ Molineux Stadium has recently hosted some of Europe’s biggest clubs. Its event spaces include WV1 with a capacity of 550 people, and Wolves Museum, with a breakout room suitable for up to 20 people. Aston Villa’s Villa Park and West Bromwich Albion’s The Hawthorns also offer great pitch-side spaces and experiences.
In Warwickshire, The Belfry, which has hosted the Ryder Cup a record four times, offers world-class event and conferencing facilities, with suites accommodating up to 400 attendees and 550 acres of grounds for team-building activities. 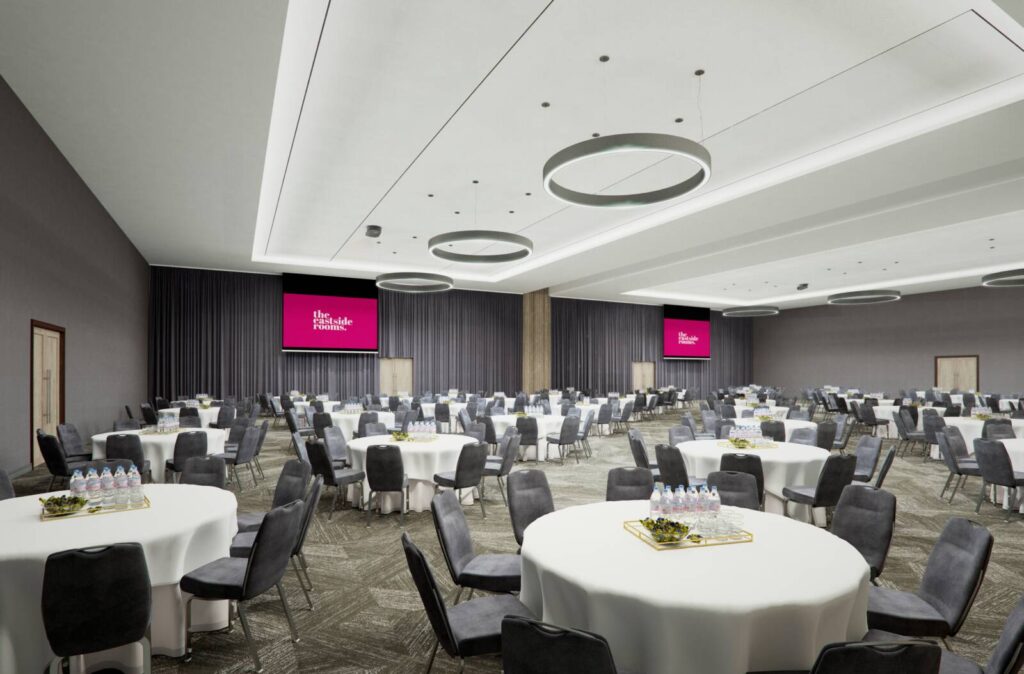 The Finer Details
Crucial to every event are the smaller pieces that fit everything together. Ola Cabs has recently launched across the West Midlands and provides a corporate product that makes managing your events logistics easier.
Another piece of the jigsaw is to find the right host or presenter. Phil Oldershaw is well-known across the West Midlands, specialising in live presenting and guaranteed to bring fun, passion and high energy to any event.

How Can the Events Industry Recover in the Post COVID-19 Era?
Green Shoots of Recovery
Related posts
Event Organisers