Cameron House
The sprawling five-star hotel spa resort on the banks of Loch Lomond rises from the ashes after a fire devasted the listed main building in 2017. Parts of the resort have already reopened, but the main hotel launches in spring, while an extension featuring a 7,345 sq ft loch-facing ballroom and an addition of 68 bedrooms, bringing the total to 208, is expected to be completed in early 2022.
Cameronhouse.co.uk

Accor has announced the signing of the new 251-room ibis hotel located adjacent to Edinburgh Airport. Constructed in partnership with Create Developments and signed under a franchise agreement, the hotel is set to open in the first quarter of 2023. Featuring the ibis new ‘Plaza’ design concept, creating flexible social and working hubs, the development will include a restaurant, bar and 125 car parking spaces. 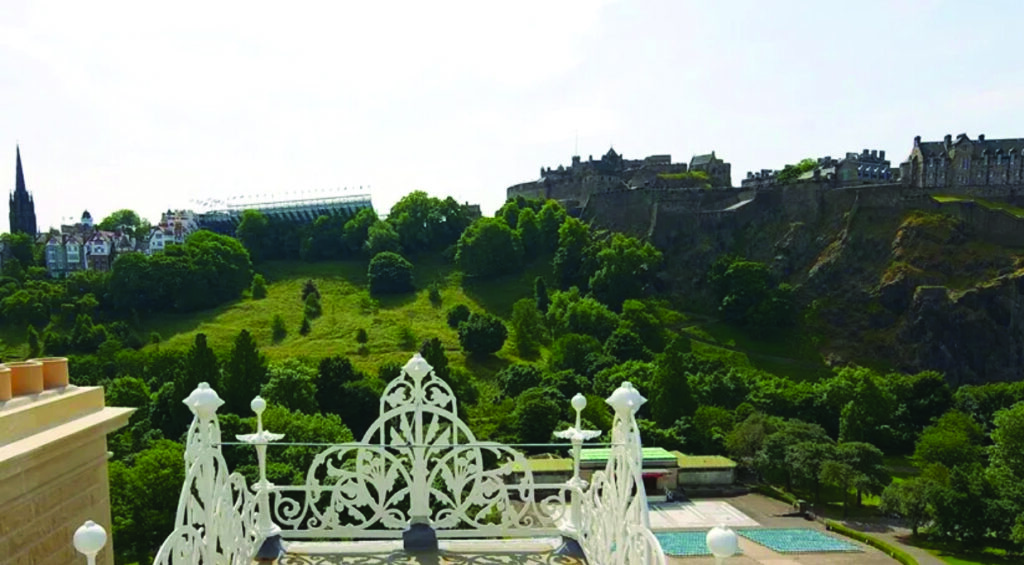 100 Princes Street
The Red Carnation Hotel Collection is to open a hotel in Scotland for the first time, with plans for a sympathetic renovation of the Royal Over-Seas League building to an exclusive 30- bedroom retreat on Edinburgh’s most famous street. With an executive lounge boasting uninterrupted views of Edinburgh Castle, it aims to replicate the boutique atmosphere of sister site 41, (TripAdvisor’s London hotel of the decade), upon its September 2021 opening.
Redcarnationhotels.com
The Gleneagles Townhouse
Gleneagles is coming to Edinburgh in autumn 2021. The iconic sporting and country estate is launching its first ever city outpost in the World Heritage Site of St Andrew Square. Located in former Bank of Scotland headquarters, the 33-bedroom hotel will feature an all-day restaurant, two bars and a rooftop terrace.
Gleneagles.com 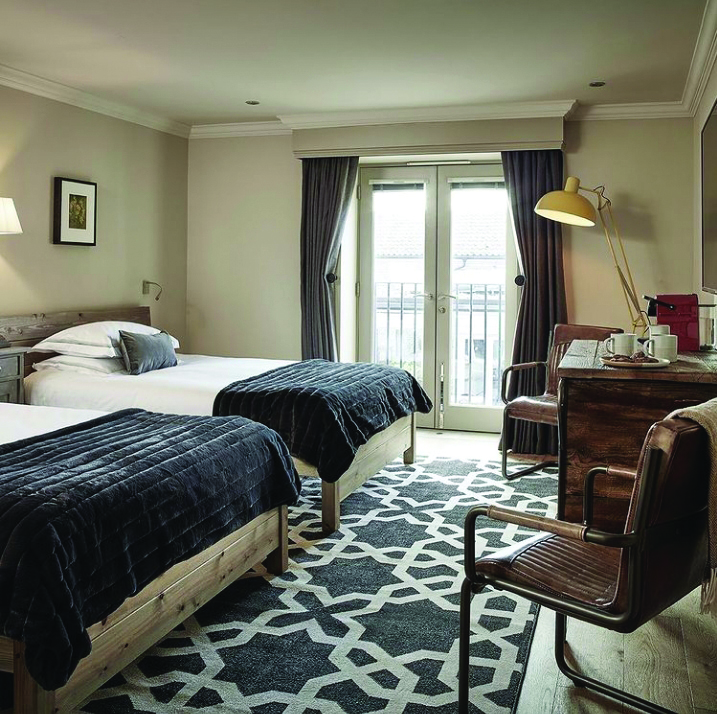 The Harper
Having postponed its opening until spring 2021, the 32-bedroom independent will offer laid-back luxury in a former glass blowing factory in the village of Langham, a mile in-land from the North Norfolk coast. The industrial boutique hideaway boasts indoor and outdoor dining options, a wellness spa and events venue for 60 equipped with a 120-inch screen.
Theharper.co.uk
Premier Inn
Premier Inn has listed seven locations in Wales it hopes to expand its 800+ hotel portfolio into. Among its target sites are tourism hotspots including Betws-y-Coed in Conwy and The Mumbles near Swansea. In the north, the brand has Broughton in its sights, in mid Wales it hopes to come to Newtown and in the south and west, Carmarthen, Milford Haven and Newport are all on the radar. Derek Griffin, Head of Acquisitions at Premier Inn owner Whitbread, comments: “COVID-19 has impacted the hospitality industry in the short-term. But our long-term strategy remains to grow, to be ambitious about securing the best sites in strategic locations we know there will be demand for our bedrooms.”
Premierinn.com 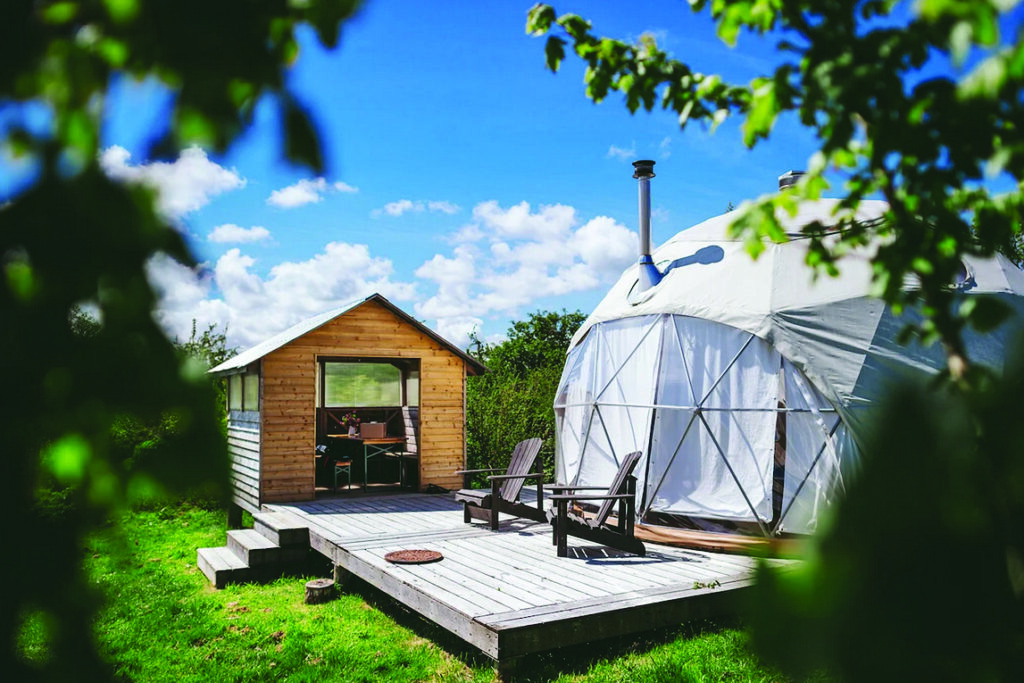 The Albion
Off-the-wall west Wales eco-hotelier Fforest will debut its new 23 en-suite room hotel straddling the River Teifi in Cardigan later this year. Housed in two historic warehouses, the hotel celebrating the town’s maritime heritage, is designed to connect the brand’s two campsites, one overlooking Penbryn Beach, the other a 200-acre farm bordering a nature reserve, described as “a hip hybrid of Welsh farm and Japanese forest retreat.”
Coldatnight.co.uk
Virgin Hotels
Virgin Hotels has outlined plans for five global hotel openings by 2023, including the brand’s first UK property in Edinburgh. Completed in partnership with owner Flemyn and asset managed by Siggis Capital, the space will feature 222 bedrooms and multiple dining and drinking outlets, including the brand’s flagship space, Commons Club. Set to “re-envision” the India Buildings in Edinburgh’s Old Town with a new southern extension, the new lifestyle hotel is earmarked to open in 2022. With four hotels currently under its belt since its first acquisition in 2015, the group is exploring new opportunities internationally, including Philadelphia, Glasgow, Cannes and Ibiza.
Virginhotels.com
Qbic Manchester
Modular budget hotel concept Qbic is opening its Manchester site and second UK hotel next year, having launched in London eight years ago. Due to open on Deansgate in April 2021, the former office block conversion comprises 261 pet-friendly bedrooms, workspaces, a Trib3 boutique fitness studio, and a 180-cover restaurant and lounge with private hire rooms. Developed in Amsterdam, the group’s eco-focused concept centres around pre-fabricated bedrooms made primarily from recycled materials.
Qbichotels.com 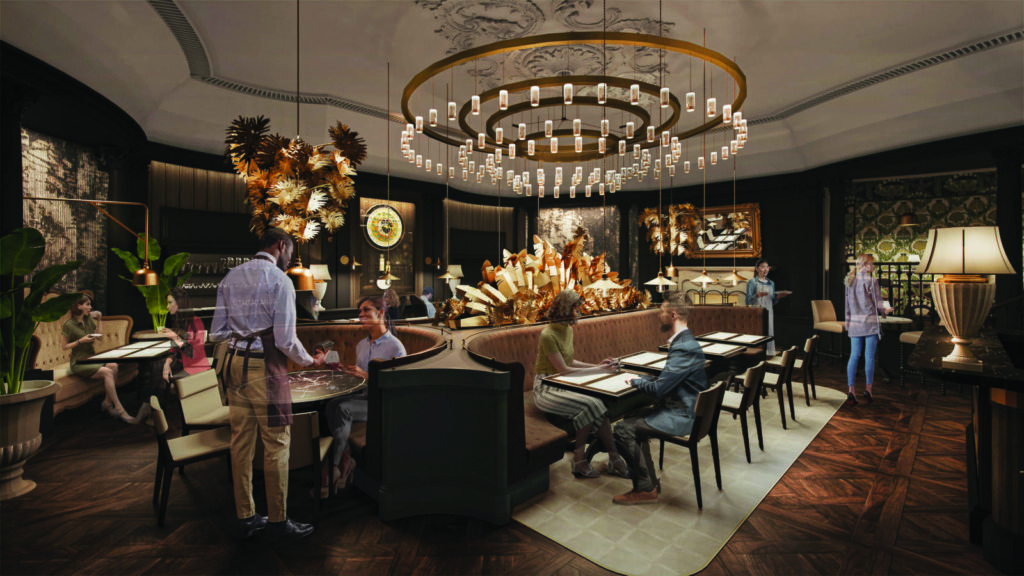 The Queens Hotel
The QHotels Group has announced a £16 million investment in The Queens Hotel, Leeds. Although the 80 year-old hotel reopened for business in March following the outbreak, the full refurbishment will be unveiled in summer 2021. The plans include a renovation of all bedrooms, as well as an addition of 16, bringing the total to 232. Playing to the “new way people are now using city-centre hotel spaces” the plans will create a social hub with a multitude of communal areas, a wine bar, outdoor terrace and central restaurant. Richard Moore, Group Chief Executive of The QHotels Group, which boasts a 21-strong hotel portfolio, says: “We’re very fortunate to have supportive shareholders who, despite the current economic conditions, remain passionate and continue to share our vision for the hotel.”
Thequeensleeds.co.uk